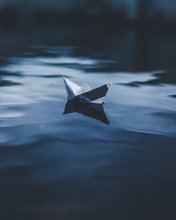 It’s been a while since I’ve posted here, but I have been posting recently on Ancient Way: A Journal of Traditional Soto Zen Practice (which is a wonderful resource for Soto Zen teachings, and far less well-known than it should be, even among practitioners). I’ve had the honor and pleasure of writing up a loose, not-at-all scholarly commentary on Dogen’s Shobogenzo Zenki (“Undivided Activity”).

Here’s the intro to the first part:

I’d like to share my crude understanding of Dogen’s Shobogenzo Zenki. It was written when Dogen was forty-two years old. I’m now forty-six, and I can see how my view of this text, and those like it, has changed over the years, sometimes almost invisibly and sometimes with a sudden lurch. Like all of Dogen’s best writing, Zenki is something to chew on, something that changes flavor the longer you hold it.

I’m not a scholar of Buddhism, or of Zen, or of Dogen. So I am indebted to those who are better able than I am to contextualize this writing: Shohaku Okumura, in his series inDharma Eye; everyone connected to the Soto Zen Text Project; Norman Waddell and Abe Masao in Dogen’s Shobogenzo; and others. I won’t try to replicate their work here. I’m just someone trying to make sense of it for myself.

In this series of articles, I’ll refer primarily to the translation by Ed Brown and Kazuaki Tanahashi (Moon in a Dewdrop), who translate the word zenki as “undivided activity”; others have translated it as “total dynamic function” or even “the whole works.” Zen (全) literally means “whole” or “all,” and ki (機) means something like function—not in the sense of a role, not in the sense that it’s my function to do such-and-such, but in the sense of actual functioning. It’s how something works. In modern Japanese, the character ki is sometimes appended to another word to indicate a machine; for example, laundry is sentaku, and sentakuki is a washing machine. So it has a very concrete element to it. In that light, we might translate zenki as “the whole machine” or—my favourite—“The Everything Machine.”

Here are all eight parts:

If these are of interest, please take a look. And please do peruse the rest of Ancient Way as well.

Like most of what I write, these posts started as talks, then became something to play with on the page. You can listen to talks from Zen Nova Scotia at the Zen Nova Scotia Podcast, updated weekly, now with about 150 episodes.